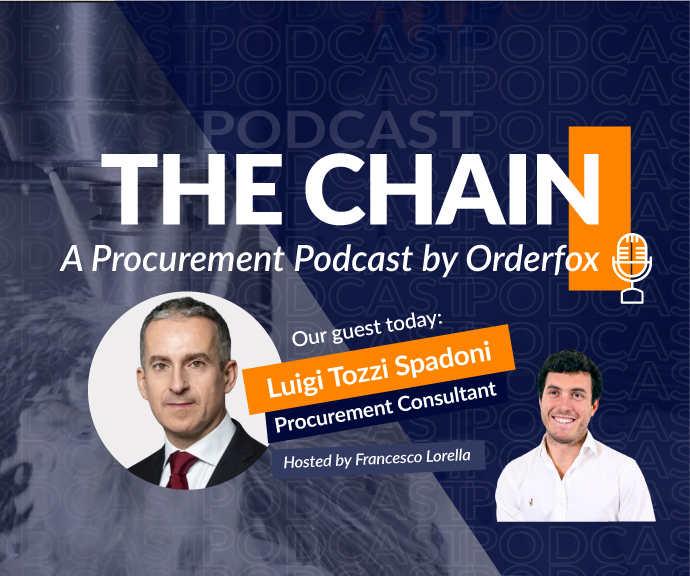 “Digital transformation is the way forward in almost every segment of life.”

Welcome to the Orderfox-Podcast on procurement and supply chain disruptions. Our aerial focus today will be Europe as a cultural, territorial, economical or even emotional entity. We will examine the meaning of Europe for procurement professionals and we'll look at how the pandemic and the war in Ukraine have affected supply chains.

We welcome to our podcast today Luigi Tozzi Spadoni who spent most of his professional career working for General Electric (GE) in several countries, including Russia, as a commercial leader for the GE Oil and gas division and then as Vice President in the Digital Solution Segment for Baker Hughes, a part of General Electric.

Orderfox: How would you say the recent crisis affected the Russian division of General Electric in terms of supply chains?

SPADONI: GE was probably the first to start a real globalization effort at the beginning of the 90s. And GE was perhaps the model of how you go global, both in terms of sales and commercial activities, which many companies had followed, but also in terms of supply chains and procurement, and structuring your entire business by leveraging opportunities of sourcing in the most efficient and cost-effective parts of the world.

The disruption of supply chains was a huge issue that caught most people by surprise. So it did hurt. But the company was fairly quick in readjusting because it had always pursued the multiple supplier strategy — we were never dependent on a single supplier on a single region. We’ve always kept our eyes open for options and were thus better able than others to respond to the changes.

How has GE adjusted the supply to disruptions? Did it start looking for suppliers in different countries or did it try to cut out middlemen with the rising material prices?

GE was probably the first to introduce digital bidding for their commodity purchases. GE was really the first or among the very first to do this. The fact that these organizations are very large, very substantial and that they've got a true global presence allowed them to respond probably better than others because they were readily able to adjust and look for alternative sources of supplies. When Covid first hit China, if you only had dependency on China, you would have had significant problems. Our global presence enabled us to quickly go and readjust. But not without pain.

Do you know how Russian companies adapted to the supply chain issues?

The one key driver for Russia as well as for the emerging markets or halfway-developed markets is to try to force technology localization. So the number one point on the list when we were dealing with any of the large Russian state-owned oil and gas companies or with any government entities, was always about how do we localize technology?

But how do you localize technology being a global player?

Countries like Russia try to attract and localize technologies, how they did it by offering great incentives for foreign companies to bring over technology and localized production. Clearly, that was sometimes done through joint ventures at a time, through direct agreements with local suppliers.

What are the advantages of this localization?

Localizing something in the country would give you some advantages when it comes to tendering and negotiations. In some instances, you would be able to even skip public tendering if you had that done. On the other hand, any time you make significant investments in technology and assets in those countries, you know that you're taking a significant risk because you know what has happened now was quite foreseeable in a way in terms of international relations and global politics. So that is the other side of the balance.

With the situation that is unfolding at the moment, Russian companies are obviously trying to leverage these networks of supply chains that they have developed internally, but also they are looking to the East rather than to the West.

What are your thoughts on the fact that Russia will stop supplying or partially supplying oil and gas to Europe, how will that shift the supply chain?

This will be a significant shift. On one hand, if you are rich in natural resources, you will find a market for it if there is demand for such resources. So Russia will find ways to sell it at a discount, they will keep looking for a suitable market.

What will inevitably happen is a shift towards more LNG now, if you follow the money and if you look at this from a geopolitical standpoint. America has invested an enormous amount of money in developing export LNG terminals. In the past 20 years, they've built up enormous capacity to export gas. I think that the US is going to come out better because they have opened up a new market. Europe will suffer because we were already paying higher energy prices than most of our competitors.

What kind of disadvantages do you see for Europe?

What we're going to see in the medium term is that Europe is going to have a cost disadvantage, particularly countries like Italy and Germany. They are heavily dependent on natural resources. Even if we were to adopt nuclear technologies to generate power, it would take too long. It would take many years. Renewables are nice, but they're not the answer to the short term in anything.

Do you think the Western sanctions are causing a competitive disadvantage for Russia now?

I think the biggest damage to Russia is not going to come from our sanctions, it's going to come from the fact that hundreds of thousands of well-educated, experienced professionals that have the means to do so are trying to flee the country. Russia is going to see a loss of a leadership class in the middle and higher management of its organizations, which it will take years, if ever, to replace. That is the biggest damage that Putin has caused to his country as a result of his behavior.

How is digitization and digital transformation changing your work?

Digital transformation is everywhere, it is the inevitable future for everything and everybody. So I think the space that you guys (from Orderfox) are playing in is certainly a good one. In the future, of course, there will be many people competing for it, but it will change the way ordinary supply procurement is done. Actually, it's already there. So digital transformation is the way forward in almost every segment of life.

What would you like to ask other procurement managers?

If I had a chance to speak to a professional in the supply chain industry, I would ask him/her where they strike a balance between negotiating supply deals or sourcing deals and tendering? We all know that price is never the only parameter when you source something, particularly if you are in a technology space. If you get the wrong type of quality, the damages that you can cause to yourself and everybody around you are massive.

It has been an absolute pleasure having you on our podcast. You brought us some very valuable insights. Thank you!

You can find more exciting insights in the uncut version of the podcast  here.

BIO/ Career: Luigi Tozzi Spadoni:
Luigi Tozzi Spadoni spent about 30 years of his professional career in the energy and oil and gas industries. After four years in the Gulf region, he had the opportunity to lead the team in Russia. He went to Russia at the end of 2015 and came back right before the Covid outbreak at the end of 2019. After he left Russia, he took on a different role within Baker Hughes, which is the legacy oil and gas business of GE. 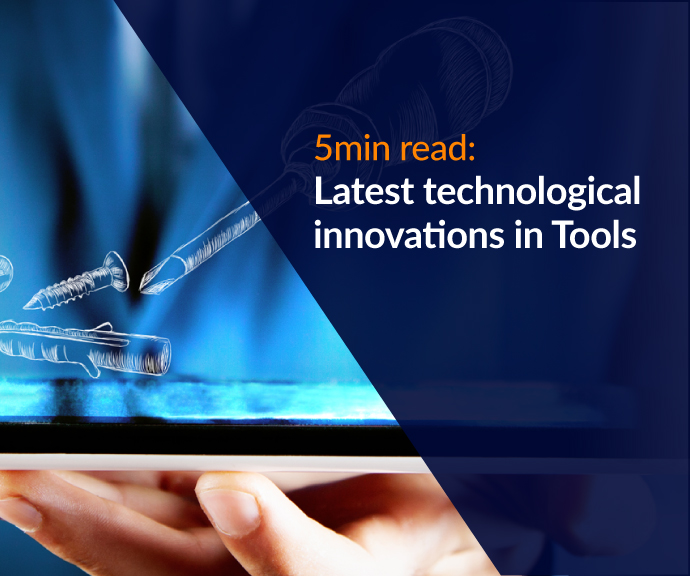 No machining without tools – nothing will change in 2022. However, the current year will usher in a whole range of innovations. Tool and clamping device manufacturers... 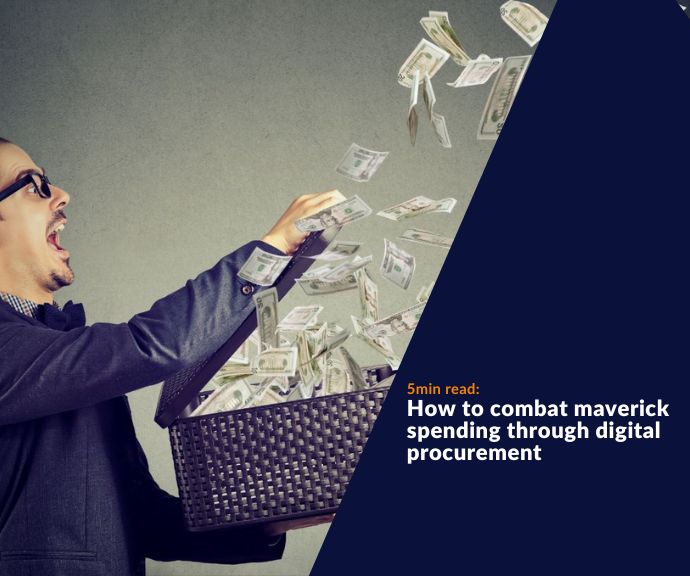 How to combat maverick spending through digital procurement

Maverick spending causes higher procurement and administrative costs, as well as a loss of control over spending and suppliers. In fact, it’s estimated that...